In the aftermath of the 2016 election, there has been lot of debate in the media about “fake news.”  In particular, critics are concerned that a wave of fake news, spread on social media outlets like Facebook and Twitter, were able to demonize Hillary Clinton at will and could have helped tip the election in favor of Donald Trump. A study by Craig Silverman at BuzzFeed found that in the days leading up to the election, “fake news” outperformed “real news” in terms of Facebook engagement, giving exposure to blatantly fabricated headlines such as “Pope Francis shocks world, endorses Donald Trump for president” (from endthefed.gov) and “FBI agent suspected in Hillary email leaks found dead in apartment in murder-suicide.  Even Barack Obama has weighed in on the deleterious effects of fake news:  “If we are not serious about facts, and what’s true and what’s not…if we can’t discriminate between serious arguments and propaganda, then we have problems. ”

Of course, Barack Obama isn’t the first President to warn us about fake news:

The latest controversy involved a conspiracy theory, dubbed #PizzaGate, which spread across the internet like a meme and convinced many people that a Washington, D.C., pizza joint was the base of a pedophilia ring involving top Democrats like John Podesta and Hillary Clinton.  BuzzFeed tracked how the rumor spread from Facebook speculation, to Twitter speculation, to collaborative conversations on message boards hosted on 4Chan, GodlikeProductions, and Reddit.  The #Pizzagate saga concluded with a man strolling into the pizzeria with an armed gun.

The recent brouhaha about “fake news” has focused on how non-legitimate stories get spread by non-legitimate websites and platforms.  However, there is a lighter form of “fake news” that also gets spread easily, and which gets spread among mainstream blogs and entertainment sites.  These are the celebrity gossip stories, the provocative second-hand quotes, and the humor stories that are often aggregated on social media.  For a case study, I looked at how one story spread from the social media site Reddit to dozens and dozens of legitimate news sites.

Reddit is a social site where all the news and discussions are submitted by readers.  It was recently ranked by Alexa as the 7th-most visited site on the internet.

Reddit contains a variety of forums subreddits, each devoted to a topic.  Some subreddits are dedicated to concrete news stories.  If you visit /r/news or /r/science, you will only find links to credible sources.  If you visit a sports reddit such as /r/NFL or /r/NBA, you will find a mixture of news stories, gifs, videos, and opinion pieces.  Fundamentally, there are only two categories of posts:  Links, and text.  For the sake of this article, my concern is only with the text posts, because it is the text posts–not the links–which are aggregated in the news.

Another popular source of aggregation is the “AskReddit” subreddit, in which the poster gives a prompt and asks for contributions.  For example, on May 26, 206, there was a popular AskReddit thread with the question, “What is the dumbest 100% serious thing someone has said to you?”  The funniest answers were then compiled by the Daily Mail.

Yet, there’s a particular variety of text post which contains the juicy sort of self-contained anecdotes that make for great fodder and discussion.  These are the “confession” posts, in which a Redditor admits to something embarrassing or controversial and seeks feedback from the readers.

On August 4, 2014, a Redditor named “thr111” created a text post on /r/OffMyChest, titled “Am I a Bad Person For This?”  He described an incident from 2012 in which he was waiting in line at Burger King, and was annoyed by an out-of-control kid with a non-attentive mother.  The kid screamed and wailed, and yelled at his mother: “I want a fucking pie.”  After several minutes, the man came up with a plan for petty revenge: 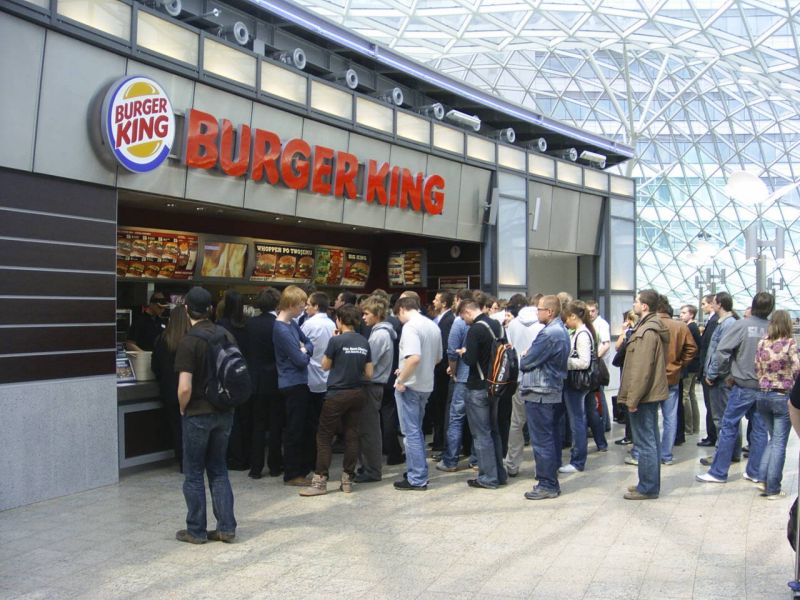 I then decide to ruin their day. I order every pie they have left in addition to my burgers. Turned out to be 23 pies in total, I take my order and walk towards the exit. Moments later I hear the woman yelling, what do you mean you don’t have any pies left, who bought them all? I turn around and see the cashier pointing me out with the woman shooting me a death glare. I stand there and pull out a pie and slowly start eating eat as I stare back at her. She starts running towards me but can’t get to me because of other lineups in the food court. I turn and slowly walk away.

The post proved very popular, accumulating over 5,000 karma points.   Several commenters questioned the accuracy of thr111’s story, and a few days later thr111 wrote an addendum, explaining that he did have any proof for the incident, since it happened back in 2012 and the receipt ws long gone.  In regards to accusations that the incident resembled a scene from the TV show 30 Rock, thr111 said he had never seen the show.  Shortly thereafter, thr111 permanently deleted his Reddit account. Needless to say, the story went viral:  Not only was the petty revenge itself an ingenious act, but it’s a story that invites everyone to provide judgment on thr111’s inherent goodness or badness.  And, while some outlets did question thr111’s story, or even outright call B.S., a majority of sites presented the story as factual, as documented below: In the end, thr111’s story was never proven conclusively true or conclusively false.  In the end, the realness of #Piegate will not impact the world.  Nonetheless, there are lots of fluffy stories floating around the internet on any particular day, and it is interesting to see how journalists report on the of fluffy stories which could be total B.S..

One tactic is to use the hedging adverbs:  Apparently, supposedly, allegedly, purportedly, etc… which indicate a story is not 100% confirmed.  Then, there are the hedging verbs, the most common of which is “claims.”  It’s good journalistic practice to be skeptical.  As the old saying goes, “”If your mother says she loves you, check it out.”  However, there may be a tendency among internet writers to use these hedges as a substitute for the hard-work of fact checking.  In which case, the story spreads all the same. Other bloggers will provide a quick caveat–e.g. ‘This story might not be true,” but proceed to run it anyway.  Alternately, the blogger may use hyperbolic humor as a means of distancing themselves from having to give judgement.  These tactics allow bloggers to have their pie and eat it, too.

Some bloggers will outright call a story is B.S., but then offer their take on the incident all the same, albeit in a hypothetical manner–  i.e. Let’s suppose this were true.

Certain news outlets will actually reach out to the parties involved to seek a comment or do some preliminary fact-checking.  Pix11, the Huffington Post, and Tucson News Now all reached out to Burger King for a reaction.  Pix11 was the most thorough in providing arguments from those doubting the story.  However, unless a story is outright proven false down the line, the story itself will remain up on the site.